Memoirs of the Crown Prince of Germany

Notes
As always, this is a facsimile of the original book. Clearly, the Crown Prince, as an Army Commander throughout the war, was an important person on the German scene, both before and during the war, despite the somewhat less than serious attitude that some people, both German and otherwise, had of him. The date of original publication is not known. 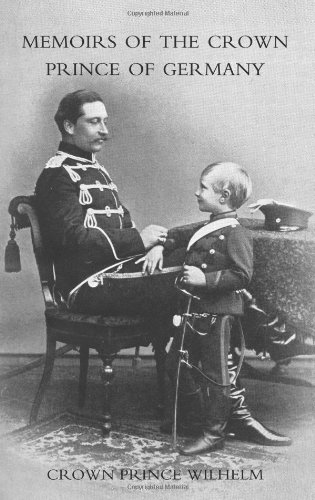